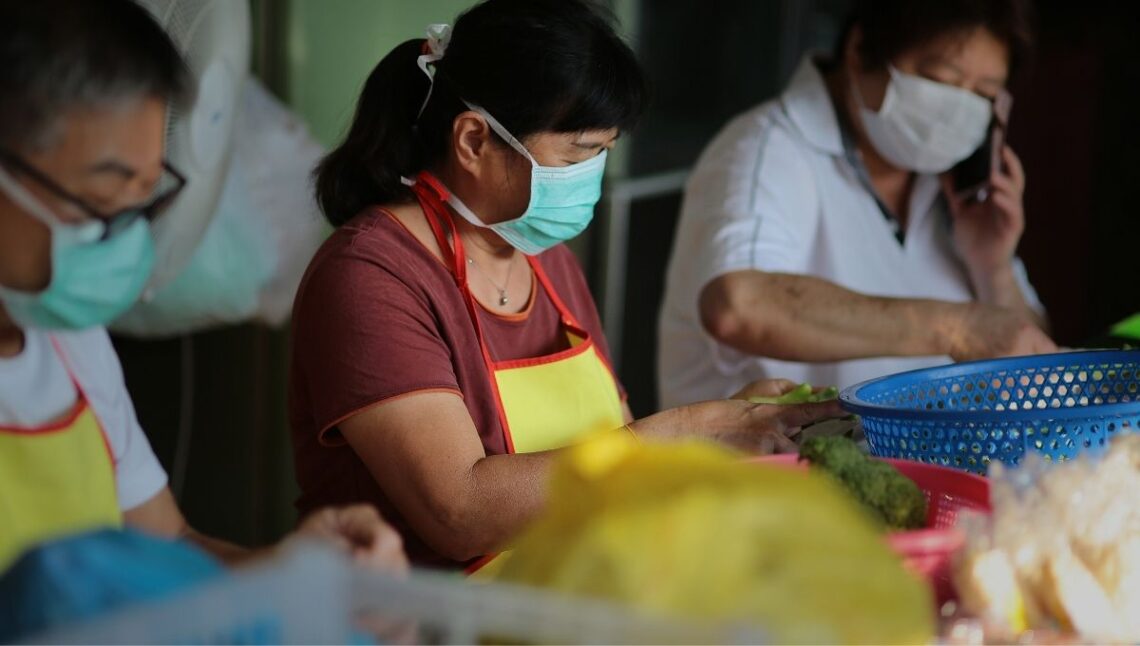 The COVID-19 pandemic has reminded us how valuable time is. We were and still are in a constant race against time. We raced to produce a vaccine to save as many lives as possible, we raced to implement interventions before each new wave hit and the same is happening right now. All of this is in an effort to increase the amount of time we get to spend on earth or to ensure our survival as individuals and as the human race.

Time is of interest to me, because it is one of the most equally spread resources we have, and yet we often don’t recognise it as a resource. No one can give us more and no one can take away our time. This is the case regardless of how much money you have. But of course, not everyone has the same degree of autonomy when deciding how they want to spend their time.

During the pandemic and the various lockdowns, the household became the locus for almost every activity that you could engage in for many people. We worked there, we relaxed there, we spent time with our families there. This was the case for “happy homes” anyway. In other homes, the unemployed took refuge as they had to stop their job searches and other survivalist activities, women were the subjects of domestic violence, while other workers didn’t have the privilege of staying home; they had to risk being exposed to the virus to earn their wages; such as service and healthcare workers.

The pandemic also showed us how much work was to be done in the household. This was exacerbated by the closure of schools, restaurants and other establishments to which we have now become accustomed to outsourcing our housework. Because women are responsible for the bulk of this housework, they carried the bulk of this increased burden.

We know from statistics collected during the pandemic and papers written by researchers and academics; that women were more likely to lose their jobs, less likely to get back into the labour force once lockdown restrictions were eased, and remained primarily responsible for childcare and related housework. This was specifically the case in South Africa, but there is evidence that suggests that what happened in South Africa was not isolated.

Something that’s been coming on a long time before the pandemic, though, is the decent work agenda. The International Labour Organisations’ decent work agenda aims at levelling the playing field between business, workers, and government. An author has stated that decent work involves a change in how we understand the normative basis for regulating work, a movement away from unequal bargaining power and subordination to a more contested and contextualised understanding of the values that work regulation ought to achieve.

In addition to this, gender equality in the labour market is listed as a cross-cutting goal of the decent work agenda. In other words, gender equality should be at the heart of everything that the agenda promotes. The agenda has nudged many countries in the right direction in terms of promoting labour rights for the most marginalised workers. But, it really is only useful for people who are actually employed.

This presents a problem in societies where the bulk of the working age population is unemployed. In the South African context, this privileged group represents less than 40% of the labour force. Here I say they are privileged for being counted amongst the employed, but for many, that is the only privilege that their work presents. Because being employed presents little comfort in the face of the suffering many endure working for poverty wages, working for long hours and doing dangerous jobs. When considering discouraged work-seekers and those who do not form part of the labour force for whatever reason, the proportion of the employed becomes even smaller.

What the agenda has also failed to do at a practical level, is recognise the unpaid labour which takes place in our households and our communities; the institutions which form the foundation of functioning societies.

By invisibalising the household, the ILO has perpetuated the long-standing tradition in economics of prioritising outcomes for the productive sphere of the economy. The domain where we value selfishness, competitiveness, profits, and the apparent rationality of individuals. And in trying to level the playing field between business, workers and government, they have actually further emboldened and increased the bargaining power of business or the market.

When considering the large cohort of unemployed individuals as well as the lack of inclusion of unpaid reproductive labour, one really has to ask what use is such a narrowly defined agenda to a country like South Africa and the many other developing countries which face similar challenges?

When we think about this from a time perspective, we really will never achieve gender equality in the labour market or broader society, as long as these are the underlying values we promote. And of course, these values are necessary for the stability and sustainability of capitalist economies.

In this sense, women are invaluable to the continued function of the capitalist system. Their labour as paid and unpaid labourers is highly necessary and very valuable, but as we all know, markets are unable to accurately allocate value.

It’s hard to argue from this perspective, that the capitalist system is one that promotes justice and equality. I want to read a quote here which I love, from the Routledge Handbook of Feminist Economics:

We can think about the time it takes for someone to access services that allow them to exercise their basic human rights. In South Africa, we could take healthcare, for instance. It is difficult to fathom how someone who needs to take an entire day off work to go to a clinic and seek treatment could ever secure a decent job. People who rely on poorly delivered public services or are victims of the non-delivery of public services cannot invest in the skills needed to eventually secure decent jobs in a capitalist economy, because they don’t have time.

Sure, we can talk about the odd security guard who used his spare time to study an LLB through UNISA and today is a lawyer, but just like female CEOs, those are outliers. Public policies are not designed with outliers in mind, they are designed to service the majority or those who make up the ‘norm’.

Where government does not deliver these services people have to pay with their time. Whether it be standing in a clinic or hospital queue, waiting for a grant to be paid, having to fetch water because there is no tap in the house, or having to make a fire because there is no electricity. All these things take time.

I just want to add here that there is a certain South African bank, which I will not name, which offers people very low fees. But let me tell you, I have never walked past that bank and not seen people waiting in a line to be served. They even have chairs outside their branches, because that’s how long people wait. In addition to the lines at their branches, you need to see the lines in which people wait to draw money at their ATMs; of which there are often only a few in a particular location.

Now I ask myself, is it right to entice people with lower fees, but make them pay with their time? Are you really pro-poor or can you really say that you are empowering the previously unbanked? Delivering your services in a way that does not cut corners needs to be part of the empowerment package. That means, as a bank, taking a small cut in your profits to expand the capacity of your branches, because stealing people’s time is another form of exploitation.

But this bank is just a side note.

When services are not delivered by the government or by businesses/markets, households have to deliver them, because who else is going to do it? Often, and I repeat, it is the women in the household who have to give their time to deliver those services.

But, how long can we endure these injustices and inequalities, which not only women but other groupings in our societies experience? There are many angles from which we can look at this picture, many things which rob people of their time.

You cannot say that you promote gender equality and not recognise women’s unpaid work – this is true whether we are talking about the gender wage gap or gender equality more broadly. I think this has become pretty obvious in the last few months.

In the same way, you cannot fail to deliver quality services and say that you care about the poor. You cannot engage in corrupt activities and claim to care about the well-being of black people. Corruption and a lack of service delivery are inherently anti-poor and anti-feminist, and they cause suffering. The problem with this suffering though, as if there is a type of suffering that is not problematic, is that it is private and secluded. It’s in the household. Again, these are the households on which we build our communities and our society. When we relegate this suffering to the household, we really can’t be shocked when we see adults looting shops and children following their lead to steal a pair of decent shoes or a loaf of bread.

From a decent work perspective, can we really continue along the way we are currently going? Because this means that women, as a group, will never really have decent work. Even if women in well-paid jobs are able to outsource their care responsibilities to someone else, the someone else who takes over from them will likely be a woman too and will probably suffer from decent work deficits if she is paid, or her labour will simply be invisible and undefined according to decent work measurements. The structural inequalities will persist.

And unfortunately, or fortunately, a fundamentally different world is what we need to start imagining.

This is an invited panel discussion talk which I delivered at The Rethinking Economics for Africa (REFA) Festival on 2 August 2021. 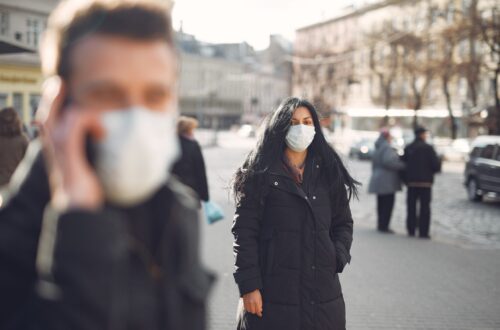 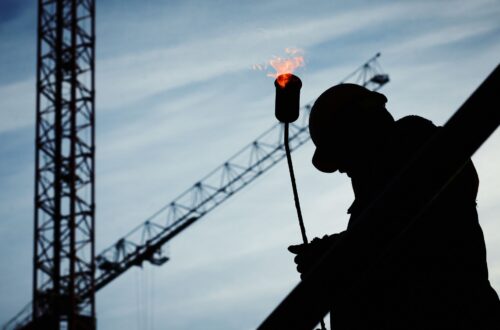 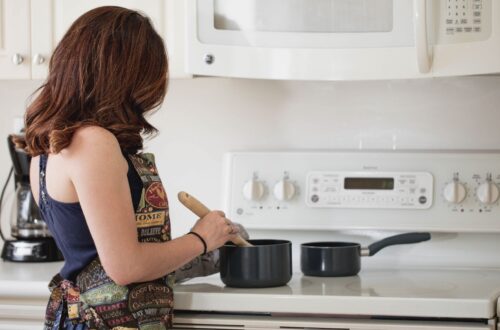